Today, new and exciting ideas from cancer research offer more possibilities and better prospects for patients suffering from this disease. Giacomo Gariglio is a chemist and candidate of the PhD program Image Guided Diagnosis and Therapy (IGDT) supported by the Austrian Science Fund (FWF). He works in the department of Nuclear Medicine where he’s studying a new and promising procedure to improve the location and treatment of small solid tumours. The crucial part of this approach consists in using some innovative compounds with kind of bizarre name: the dual-modality imaging agents.

The “dual” in the name refers to the fact they can be used for two applications. In order to understand the utility and the advantages of these compounds in cancer research, we need to get a little familiar with two imaging techniques: the nuclear imaging and the fluorescence imaging.

Nuclear medicine imaging is a branch of molecular imaging which uses very small amounts of radioactive materials, called radiopharmaceuticals, to diagnose and treat a wide range of disease including cancer. These chemical compounds consist of a radionuclide attached to a carrier molecule that can bind specifically to a biological entity in the human body as an enzyme or a protein. Because of this, radiopharmaceuticals, after administration in the human body, can accumulate in certain tissues, for example in the malignant ones. Once there, special types of cameras are used to detect the radioactivity emitted by the radiopharmaceutical and to provide very precise pictures of the area where these compounds are located.

Many instruments can detect the presence of cancer in human body and one of them is the PET scanner. PET stands for Positron Emission Tomography. How does it work in few words? Before the scan, the patient is intravenously injected with a solution of the radiopharmaceutical.

This distributes in the body through the blood vessels and finally binds to the cancer cells. The radiopharmaceuticals used for PET contain radionuclides that decay by emitting positrons, for example 68Gallium. As soon as one of the positrons hit an electron, a so-called annihilation event occurs and two gamma rays are emitted. The PET scanner detects these gamma rays and produces an image of the whole body of the patient that highlights the location of the tumour.

The unlimited penetration depth of the radioactive signal together with the high sensitivity make the PET imaging advantageous for the identification of very small cancers or metastasis. However, this technique provides images with limited spatial resolution (not superior than 1 mm) and requires relatively long acquisitions (typically 15 or 30 minutes long).

Atoms of a certain chemical element can have different quantities of neutrons; those are called isotopes. Radionuclides, also known as radioisotopes, are unstable and decay into a stable element by emitting radiations. The most common types of radioactive decay are alpha decay (α-decay), beta decay (β-decay), and gamma decay (γ-decay). Alpha decay consists of the emission of a Helium atoms (α particles) from the core of the heaviest radioactive elements. Typically, during a beta decay a highly energetic electron or a positron (antimatter equivalent of an electron) are released from the nucleus; these two different kind of decays are called respectively β– and β+ decay. Gamma emission (γ -decay) is observed when a nuclide in an excited state decays to its ground state with the emission of a high-energy electromagnetic radiation called γ ray.

An example of PET/CT instrument in the Nuclear medicine Department of the hospital in Innsbruck. https://www.meinbezirk.at/innsbruck/c-gesundheit/neuer-scanner-fuer-bessere-unterstuetzung_a3100644 ©MUI/Bullock

Nowadays, the surgical resection of tumour is the primary mode of treatment for many kinds of cancer patients.However, its standard resection is still based on the visual inspection and palpation by the surgeon. This approach is considered inadequate because it comes with the risk that some cancer tissue may be left behind and may spread again. Furthermore, commonly surgeons remove some healthy tissue along with the tumour, with the risk to cause complications to the patient, especially when the cancer is located in critical areas as the head or the neck. Because of that, there is a huge demand to simplify the discrimination between malignant and healthy tissue during surgery.

In this scenario, one promising solution is offered by a specific application of the fluorescence imaging: the fluorescence guided surgery. According to this approach, a specific fluorescent agent or fluorophore, after administration to the patient and accumulation in the tumour, can selectively be visualized in the surgical room using a special camera. This allows the surgeon to clearly delineate the margins of the cancer tissue, guiding in real time the surgical resection. A further advantage, is that this technique can easily be implemented in a robotic surgical system, considered the modern frontier of surgery. This is a completely innovative way to operate, less invasive, but also more accurate. These are complex devices controlled from distance by the surgeon who performs the surgery by operating a videogame-like console.

Fluorescence describes the property of particular compounds to absorb light at a given wavelength and then re-emit light at a higher wavelength. In medicine, some specific compounds, called fluorophores are used, together with specific cameras, to image biological processes and structures in the body; this technique is called fluorescence imaging. This imaging modality is limited to specific applications due to the short tissue penetration depth (few centimetres) and is unsuitable for whole body imaging. On the other hand, this technique has resolution down to the micrometre scale and allows a real-time imaging

The da Vinci robotic surgical system equipped with a fluorescence camera and an endoscope. https://www.davincisurgery.com/

In order to properly plan the surgical resection of a tumour, the surgeon needs to know the size and the exact location of the cancer inside the body of the patient and the eventual presence of metastasis. During surgery, however, he requires a technique that can guide his work. Due to the different limitations of each imaging modality, none of them can address both of these needs. However, as the old saying goes, union is strength!

The inherent weaknesses of each imaging modality can be overcome by merging them in a dual-modality imaging approach. In this case, nuclear imaging can be combined with fluorescence imaging by designing and synthesizing a single compound that can be used for both techniques.

This is a dual-modality imaging agent. A compound of this kind allows the tumour detection before the surgical operation, but also its resection by fluorescence-guided surgery. Because the same agent is detected by the two different techniques, the signals obtained from each imaging modality must necessarily match. This means that if a tumour is detected by PET imaging, then the surgeon will be able to visualise it by fluorescence imaging during the surgery.

On the left, a PET image of a patient suffering from prostate cancer; the small tumour is indicated by the arrow. On the right, clear visualization of the prostate cancer in a patient during surgery based on the fluorescence signal (green). Eder et al. (2021) Eur J Nucl Med Mol Imaging; 48:2057–2058

The development of innovative dual-modality imaging agents is the object of Giacomo’s research. Synthesizing these compounds is challenging. You need to chemically assemble several components, where each one of them exercise a different function. However, the properties of the final agent depend not exclusively on the different moieties, but also on the way they are combined.In simpler words, you need the right components in the correct arrangement, just like when resolving a Rubik´s cube. The agents that Giacomo synthesizes consist of different components. The first one can retain 68Ga, the radionuclide chosen for PET imaging. The targeting vector is the compound that binds to the cancer and is connected to the previous one by a chemical linker. Finally, the fluorescent agent.

On the left: A preparative HPLC, the instrument used to purify the compounds. On the right: Drying the final compound after purification ©Simon Schöpf

Selecting the most promising compound

In his research work, Giacomo not only synthesises these compounds, but he also tests their applicability. What does this mean?

First, these compounds are evaluated in their ability to be labelled with the radionuclide of interest. Then, in order to have some preliminary information of what happens when these compounds are administrated in the circulatory system, their stability in human serum is studied. After that, experiments with cancer cells are conducted. Their goal is to assess both the affinity and specificity of these agents to their cellular target.To use an analogy, if we compare the dual-modality imaging agent to a key and their target to a lock, these experiments aim to test the ability of the key to open the lock of interest and no other.

At this stage, the most promising compounds are selected and evaluated on studies with cancer-infected mice. These experiments are fundamental to answer some crucial questions. How do these compounds distribute inside the body after administration? Where do they accumulate? How long do they stay in the body before being cleared?

Last but not least, imaging studies, both PET and fluorescence imaging, are performed. In particular, these experiments are used to identify the compounds that provide the clearest visualization of tumour mass respect to the background. If after all of these investigations a highly promising compound has been identified, the next step is a human study.

“What I like about my research is its interdisciplinary nature. It allows me to use my knowledge as a chemist, but at the same time it allows me to gain new expertise in pharmacy, biology and biomedicine. Also, I love that it tries to give a contribution in facing a critical disease of our time” 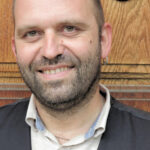 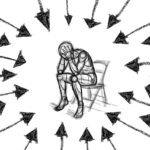 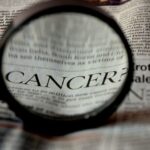 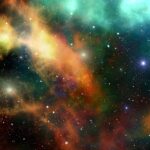