If you hear the term architecture, what pops into your mind? We are confronted with buildings every day, but have you ever thought about what is behind them? Giacomo Pala is a researcher in the field of architectural theory, where he explores new forms of understanding or defining ways through which architecture can relate to culture and the world. His work focuses on the intersection of architectural theory and design. Thereby architecture has a significant relevance and meaning regarding contemporary issues – whether those are cultural, technological, political or environmental.

What is so special about architectural theory? “What we think of architecture is the design of buildings. Theory investigates what is beyond the mere built artifact, whether one may like it or not.” What is the connection between theory and design? “As I see it, at least for now, and without any presumption to impose my point of view on others or my colleagues, both theory and design produce meaning. Theory is the tool to investigate how architecture expresses cultural or political issues and, why not, its contradictions. It is also the purpose of architectural theory to problematize certain aspects, like ideological or political ones, of our discipline”, says Giacomo Pala.

However, architecture itself is characterized by transdisciplinarity and hybridity, as each discipline is of course highly specialized, but also connected to the other areas of knowledge. That is one of the reasons for an ongoing joke between architects. They are said to be persons who know a little bit of everything and nothing specifically. Pala laughs, “That joke goes somehow even back to Vitruvius, who was one of the first theorists of architecture from the ancient Roman times. I think of what you call hybrid nature of architecture in the sense that different things are put together, whether they are forms or ideas. These entities are part of culture and, since culture is becoming more and more complex, so is architecture. Therefore, it is also clear that lots of different disciplines and specializations co-exist. The beauty of architecture and architectural theory, for me, is that it allows you to work within a holistic cultural paradigm. One of the fascinating aspects of my work is finding connections between architecture and different disciplines, provided, however, that we understand how to turn these issues into architectural problems.”

Some of the essential questions for theory are: Why? Why was this building made this way? And why wasn’t it made in another way? Why here and not there? Why in this time? Why this architect?
They are necessary to construct what happened in order to find possible contradictions and problematic constellations. Additionally, the architect should be able to show the meaning of architecture today and the its importance.

credits: sculpture designed by Giacomo Pala, Stefan Maier, in collaboration with David Kienpointner as part of the installation “Hypnerotomachia Naturae”, designed and curated by Bart Lootsma and the team of Architekturtheorie at the Landes-Museum in Innsbruck, Austria. (photo by Bart Lootsma, 2019)

For the 350’s anniversary of the University of Innsbruck the Institute of Architecture Theory, where Pala is located, was asked to contribute to the exhibition in the museum Ferdinandeum called “Schönheit vor Weisheit” dealing with the connection between the arts and sciences. The idea was to use the space in the museum with the students during the following semester. Next to an abstract wall where the students could have worked, an ornamental sculpture was placed. It included figures and forms in order to express possible connections between Arts and Sciences. The result was a composition of elements coming from different cultures and from different backgrounds. “Some were coming from architectural history, e.g. the Corinthian capital, some were coming from mythology, some were representations of natural objects, others were elements from pop culture. We assembled them together in order to tell a narrative: an allegory about the relationship between the human, technology and nature through architecture’s symbols”, states Pala. “Curiously enough, the most successful part of the sculpture was C3PO from Star Wars grabbing the intimate parts of a man, leading many viewers to ask: why? For us the meaning was quite obvious: it symbolizes the relationship and interdependency of the human and technology, however it was quite interesting to see how people from different backgrounds have reacted to the piece, producing multiple meanings.” How does technology change architecture? “As our needs change, so technology does, in turn producing newer needs…ad libitum. Architecture has to deal with such changes, considering the labyrinthine condition of our extremely complex world.” Pala points out. “Architecture can be very critical and provocative. Architects have always been critical and we still have to be so. And yet, we also must produce some positive meaning. And that is what you can do through writing and design, despite being obviously different practices. Writing can be both critical and positive by working through  references, as you will always find something that you disagree with, and by using words and concepts. On the other hand, doing a project is always – to a certain extent – a positive affirmation: you are always affirming something, you are always producing a shape or a form that could be realized somewhere, and even if it is not supposed to be built, a design will nonetheless be an image communicating something.”
Your shapes will affect, in a way or another, reality and an affirmation will follow which is not plainly critique. That critique can be articulated on a meta-linguistic level and in the ways one may engage political and social issues. The positive affirmation also occurs because people will anyway interact with the project in several ways – living and working there or by simply relating to it – generating new and most likely unexpected meanings and uses.

There are many notions of time, not to say theories. In relation to architecture the most obvious are two. On the one side, time can be considered in relation to space. In this sense, one can easily argue that the understanding and experience of space always occurs through time. On the other side, there is what Reinhart Koselleck defined as historical time: the time of history, to which architecture – as anything social – is always related. Mainly the second one is relevant for Pala’s current doctoral research. “My PhD is about Piranesi who was an architect, artist, restorer and archaeologist in the 18th century. Here the problem of the relationship between history and the contemporary time arose while I studied the reception of Piranesi’s work throughout the centuries that followed his death. How did historians and architects interpret his work in the centuries after his death? Why was he appreciated as an architect and designer of objects only since the 60s of the last century – so more than 150 years after he died? Why is that? Because for the specific cultural background of that period of time, and of today – although being different – Piranesi’s designs became retroactively relevant, legitimizing specific sets of ideas, practices and theories. This shows how architecture does not relate to history in a positivistic, linear and mechanistic way, but rather in a non-linear manner, what the French intellectual Jean-François Lyotard defined as parachronism: the plausible topicality of diverse things of the past within the present.” 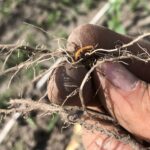 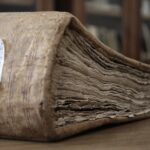 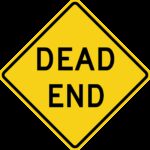 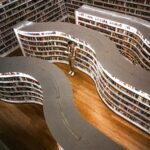 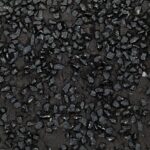